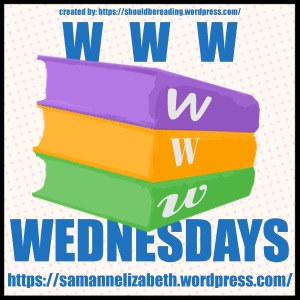 In an effort to bring a little more regularity to this blogger’s recently-hectic life, I’m

at Taking on a World of Words — if you’re interested in participating simply answer the following questions:

November has been a good reading month for me so far — I feel like I’ve had quite a bit of variety in the genres I’ve picked up. First things first, though! 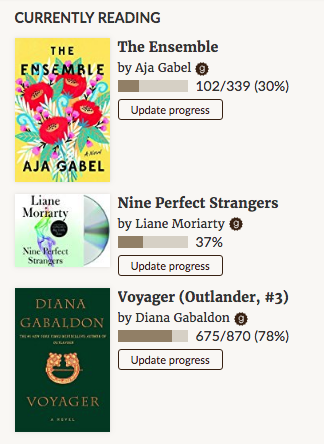 The Ensemble by Aja Gabel. This is my book club’s selection for November and we’re due to discuss it in just a few days — eep! — so naturally, I just started it yesterday. I’ve been listening to the classical pieces listed at the beginning of each “part” of the book which adds to the reading experience, in my opinion. This novel was extremely hyped on Instagram in the spring when it was published, so I went into it with a little apprehension; but so far, I’m quite invested in the characters and the way their storylines so badly want to diverge. The Ensemble follows four musicians who belong to a string quartet and desperately seek fame and success — but at what cost? How much will they sacrifice to achieve their dreams?

Nine Perfect Strangers by Liane Moriarty. This is my first audiobook (ever!) and I’ve started listening to it as a means of motivating myself to get on the elliptical during Henry’s afternoon naps. The premise is simple: nine individuals, seeking change or a rest or some sort of personal growth arrive at Tranquillim House for a ten-day retreat. The resort has a reputation for its inventive and intense methods, and the guests are eager to begin — if not a bit apprehensive. When the gong sounds and 5 days of silence (Noble Silence) begin, things begin to get . . . interesting. Thus far, I’m really enjoying the narrator, and I’ve been surprised by the number of times I’ve laughed out loud.

Voyager by Diana Gabaldon. This is the third book in the Outlander series and part of a buddy read I’m doing with bookstagram buddies @shihtzus.and.book.reviews and @booksgloriousbooks. We’ve been crawling through this one, a bit (started it October 1), but I’m finding the pacing much better than the previous book in the series, Dragonfly in Amber. While I’m not generally a fan of romance novels, Gabaldon’s Outlander series has me hooked, and I don’t think that’s likely to change anytime soon. 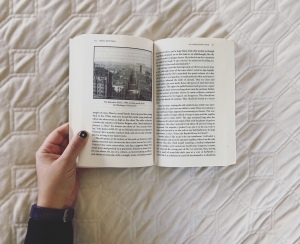 An Unexplained Death by Mikita Brottman. This nonfiction title was sent to me for review by Henry Holt Books. This work of true crime/investigative nonfiction is an unexpected gem: covering the disappearance of young, charismatic Rey Rivera, who was discovered dead and later proclaimed — unbelievably — to have committed suicide at the historic Belvedere Hotel in Baltimore. Sprinkled in among the exhaustive research regarding Rivera’s suspicious death, Brottman has included interesting asides about the history of the Belvedere Hotel and its many suicides over the decades. This work of nonfiction also includes more than a few spot-on observations about the human psyche, our fascination with morbidity, and tendencies toward blame within the pages.

I’ve already started compiling a list of wintry reads I hope to get to in December. Here’s a couple I’m especially looking forward to.

There’s also a strong possibility I’ll reread The Snow Child by Eowyn Ivey because I loved that book so dang much last year. If you’re in the market for a magical, sweet, and emotional read — I can’t recommend it enough!

What’s on your December reading list? Give me some wintry ideas in the comments section, if you will; and as always, happy reading, friends!